On Wednesday evening, I got a very pleasant email from GitHub, telling me that I had been given access to the GitHub Actions Beta. This is something that I have been looking forward to for a while now, ever since I signed up for it. I am a big user of Continuous Integration Systems for building the various Open Source projects that I work on, but I really like the idea of doing smaller, precise actions, as a result of other "things" happening on a repository.

I was even more impatient to get started with the Beta when I saw Brandon Olin tweet this:

Getting my feet wet with GitHub Actions and having some fun with psake.

As I wanted to do the same thing for Cake.

I have to give a huge thanks to Brandon for the work that he did in creating the psake GitHub Action, as I was able to use this as the starting point for Cake GitHub Action.

There is some fairly comprehensive documentation on getting started with GitHub Actions on the site, so I am not going to repeat that here, but rather focus on what was necessary to specifically get a Cake script executing as a result of a GitHub Action.

In addition to the above documentation site, you can also find the source code for the out of the box actions on GitHub.

The starting point for any new GitHub Action is a Dockerfile. This is what is going to be used to actually execute the action. In the case of the psake GitHub Action, it uses Microsoft's PowerShell Docker Image as it already has PowerShell installed, so all that is left is to install and execute psake. In the case of Cake, there is already an image on the Docker Hub that has Cake installed, and ready to be used. As a result the Dockerfile for the Cake GitHub Action is relatively straight forward:

The following is likely to change. What is shown here is from the initial proof of concept action, just to see how things work

All that is really being done here is specifying the base image to use, and then configuring the information about the image, and then adding the entry point for when the container is executed.

With the Dockerfile defined, I then moved onto the entry point script for when the container is executed. This ended up looking like the following:

Now, this really needs some work in terms of error handling, etc, but again, just a proof of concept to show how things work.

Since Cake is already available on the Docker image, it can be invoked directly. So the first thing that is being done in this shell script is to run cake --version so that information about what version of Cake is being used is output to the log. After that, cake is being executed against a named script (which will be read from an Environment Variable CAKE_SCRIPT), and then a specific target (which will come from an argument specified in the workflow).

With both of those things created, the Cake GitHub Action is complete, and ready to be tested. You can see the complete action here.

During the beta, GitHub Actions are only available on private repositories, so I can't link to the example repository that I am using, but I will walk you through what I did. 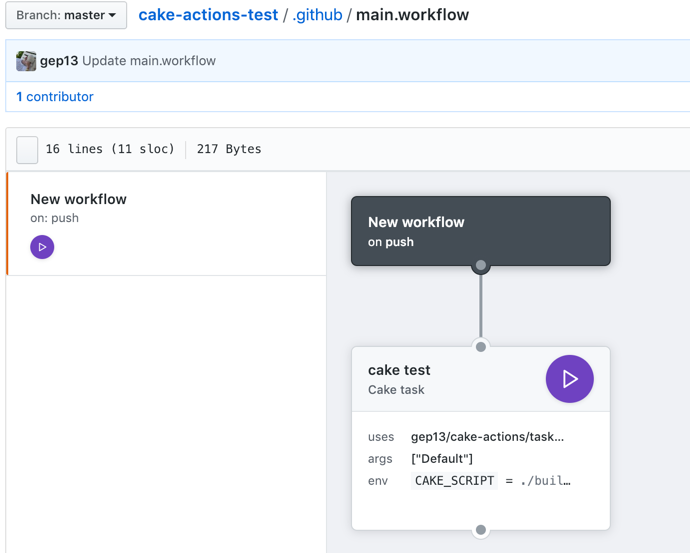 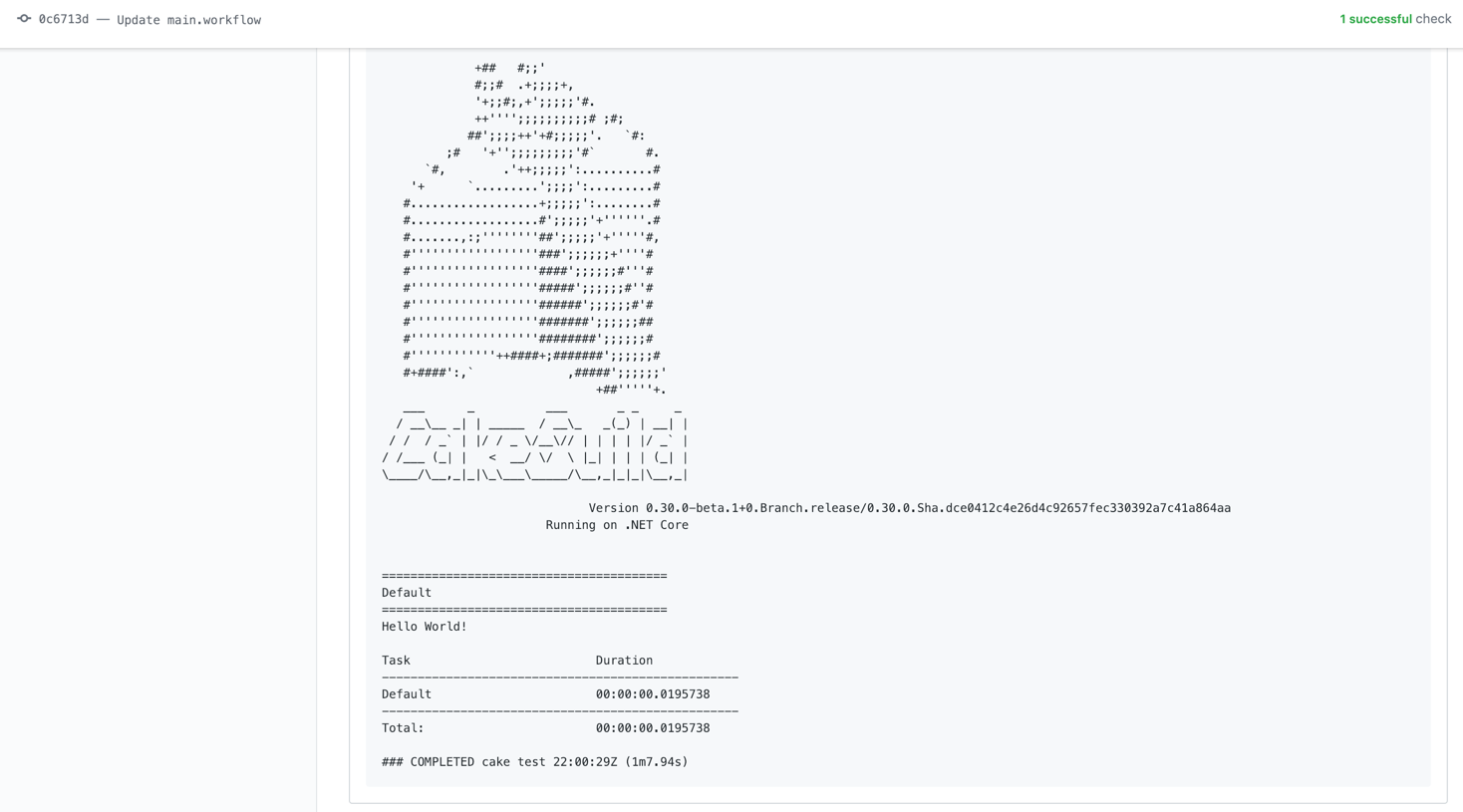 As shown in Brandon's image above, it would be possible to chain multiple cake actions together to form the entire workflow, with each one executing a particular task within the Cake script. However, it is more likely that I would put this orchestration into the Cake script itself. However, both options are definitely possible, so the choice is up to the end user.

As mentioned, some work is required to move this from a proof of concept to a hardened, re-usable, GitHub Action. This will happen in due course, and the cake-actions repository will likely move under the cake-build Organisation on GitHub.

I really like the idea of defining my "work" in a Cake script, and then being able to re-use them in various repositories, triggered off of a number of different triggers. There are currently 28 different events that your workflow can trigger off. 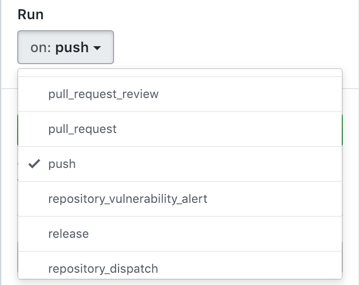 Overall, I have to say that I am very impressed with GitHub Actions. Things "just" worked, which is exactly what you want. I can totally see how these small, precise actions, can be applied to the events being triggered on my repositories. Right now, there are a number of manual steps for the Cake release process, and I can see a huge percentage of these being replaced with GitHub Actions. I am very much looking forward to GitHub Actions coming out of beta.